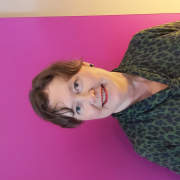 Dr. Julia E. Babensee is an Associate Professor in the Wallace H. Coulter Department of Biomedical Engineering at the Georgia Tech and Emory University. Dr. Babensee’s research program is in immunoengineering using biomaterials. Dr. Babensee was elected into the College of Fellows of the American Institute for Medical and Biological Engineering in 2008. She was an associate editor of the Annals of Biomedical Engineering from 2005-2010 and is an editorial board member of the Journal of Biomedical Materials Research, Part A and ACS Biomaterials Science & Engineering. She was program chair for the 2012 Biomedical Engineering Society annual meeting. She is currently director of the NIH T32 training program “Research Training Program in ImmunoEngineering”. Dr. Babensee has been an active member of the Society for Biomaterials (SFB) since 1992 when she received the SFB Student Award for Outstanding Research-Undergraduate, Masters or Health Science. In 2005, Dr. Babensee received the SFB Young Investigator Award. She has participated in SFB as member-at-large (2008-2009), member of various committees such as Long Range Planning (2002-2003), Publications (2005-2008), Awards and Nominations (2005-2006), Strategic Planning (2005), and Strategic Planning Task Force on Annual Meeting (2005). She is a member of the Immunoengineeering Special Interest Group (SIG).