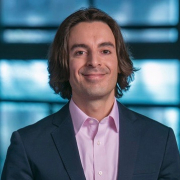 Michael Mitchell is the Skirkanich Assistant Professor of Innovation in the Department of Bioengineering at the University of Pennsylvania. He is a member of the Institute for Translational Medicine and Therapeutics, Abramson Cancer Center, Institute for Regenerative Medicine, and the Center of Targeted Therapeutics and Translational Nanomedicine in the Perelman School of Medicine at the University of Pennsylvania. His lab’s research lies at the interface of biomaterials science, drug delivery, and cellular and molecular bioengineering to fundamentally understand and therapeutically target biological barriers. His lab applies their research findings and the technologies developed to a range of human health applications, including cancer metastasis, immunotherapy, genome editing, and cardiovascular disease. He received a BE in Biomedical Engineering from Stevens Institute of Technology in 2009, a PhD in Biomedical Engineering with Prof. Michael King from Cornell University in 2014, and was a Postdoctoral Fellow in Chemical Engineering with Prof. Robert Langer at MIT from 2014-2017. He was named an American Association for Cancer Research (AACR) Scholar in Cancer Research in 2016, a STAT News Wunderkind in 2017, and was the recipient of the Merck Research Advances in Delivery Science Award from the Controlled Release Society in 2017 and an NIH Ruth L. Kirschstein National Research Service Award in 2015. In 2019, he was elected Chair of the Society for Biomaterials Drug Delivery Special Interest Group. Since joining the University of Pennsylvania in 2018, Mitchell has received the NIH Director’s New Innovator Award, the Burroughs Wellcome Fund Career Award at the Scientific Interface, a Rising Star Award from the Biomedical Engineering Society, and the T. Nagai Award from the Controlled Release Society.