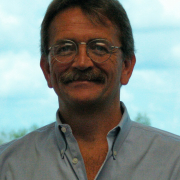 James J. Hickman is the Founding Director of the NanoScience Technology Center and a Professor of Chemistry, Medicine, MatSci and EE at the University of Central Florida. Previously, he was the Hunter Endowed Chair in Bioengineering at Clemson University. Dr. Hickman has a Ph.D. from MIT in Chemistry. For the past thirty years, he has been studying the interaction of biological species with modified surfaces, first in industry and later in academia. He has worked at NSF and DARPA in the area of biological computation. He is also the founder and current Chief Scientist of a biotechnology company, Hesperos, that is focusing on cell-based systems for drug discovery and toxicity. He has 159 publications and 20 book chapters, in addition to 30 issued patents out of 49 total patent applications. He is a Fellow of the American Institute of Medical and Biomedical Engineers (2004), the American Vacuum Society (2007) International Academy of Nanobiotechnology (2019) and the National Academy of Inventors (2020).